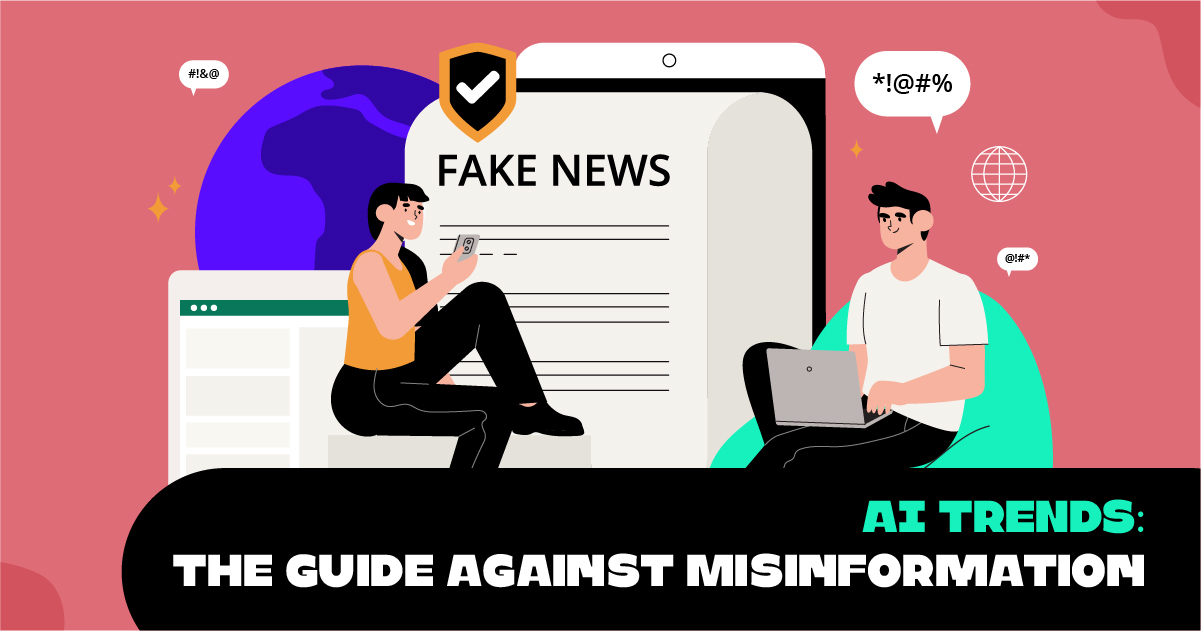 We have fought many battles in the past year but there is one intense opponent that we have been unable to overcome. This is not about Covid rather it is about a silent competitor that has misguided millions, misinformation. As the world’s largest social media networks have come under fire for the part they play in spreading fake news, companies such as Facebook, Twitter, and others will rely on technology and AI tools to help them address the public's demands. Fake news and disinformation are like termites capable of diminishing the truth. AI is capable of countering the termite.

For this week, we talk about stories that focus on the impact of technology in preventing & fighting the acute problem of misinformation.

Fake News Is Rampant, Here Is How Artificial Intelligence Can Help by Forbes

Internationally best-selling author & popular keynote speaker, Bernard Marr talks about how artificial intelligence is combatting the spread of misinformation on the internet and social platforms. This is largely down to the effort of start-ups like Logically, Full fact, Adverif.ai, etc.
Toxic news travels faster than the truth & our world desperately needs a way to discern truth from fiction in our news and public, political and economic discussions.

AI is certainly helping us do that!

We encounter a lot of fake news on the internet. That’s becoming a problem because a lot of people believe them, and it just lowers the credibility of many news outlets all over the world. Finding a solution towards fighting fake news is incredibly important & thus Unbiased was created.
It harnesses blockchain, AI, and machine learning as well as crowdsourcing. The main mission of the platform is to help users stay away from misinformation and fake news.

This can help cure a major problem in the online world!

When fake news is repeated, it becomes difficult for the public to discern what's real - Jimmy Gomez

Can A.I. help Facebook cure its disinformation problem? by Fortune

No company has been as vocal a champion of using artificial intelligence to police content like Facebook. CEO Mark Zuckerberg has repeatedly said, as he did in 2018 congressional testimony, that “over the long term, building A.I. tools is going to be the scalable way to identify and root out most of this harmful content.”
Facebook and its rivals have spent years creating technology to combat the spread of disinformation, violent rhetoric, and hate speech. By some measure, the systems did better than ever in filtering out hundreds of millions of inflammatory posts.

Yet it is not full-proof. Artificial intelligence will be critical in weeding out the problem of disinformation!

How Logically uses AI — and humans — to tackle misinformation by Sifted

A team of more than 100 global data scientists, coders, writers, and developers at Logically fight the battle against disinformation. Along with AI modeling, the startup analyses data from over a million publicly available media sources and social media platforms to assess news story credibility and the spread of false narratives.

The AI models identify claims and rank them based on credibility and accuracy, as well as cross-referencing data related to the claim before it’s manually verified.

Their AI does apply a lot of logic to bring out the truth!

As the pursuit of fighting fake news becomes more sophisticated, technology will continue to find even better ways to sort out facts from fiction as well as refine the AI tools that can help fight disinformation. After all, truth is meant to prevail!

Like what you read? Subscribe to us and stay updated with all the latest conversations around AI